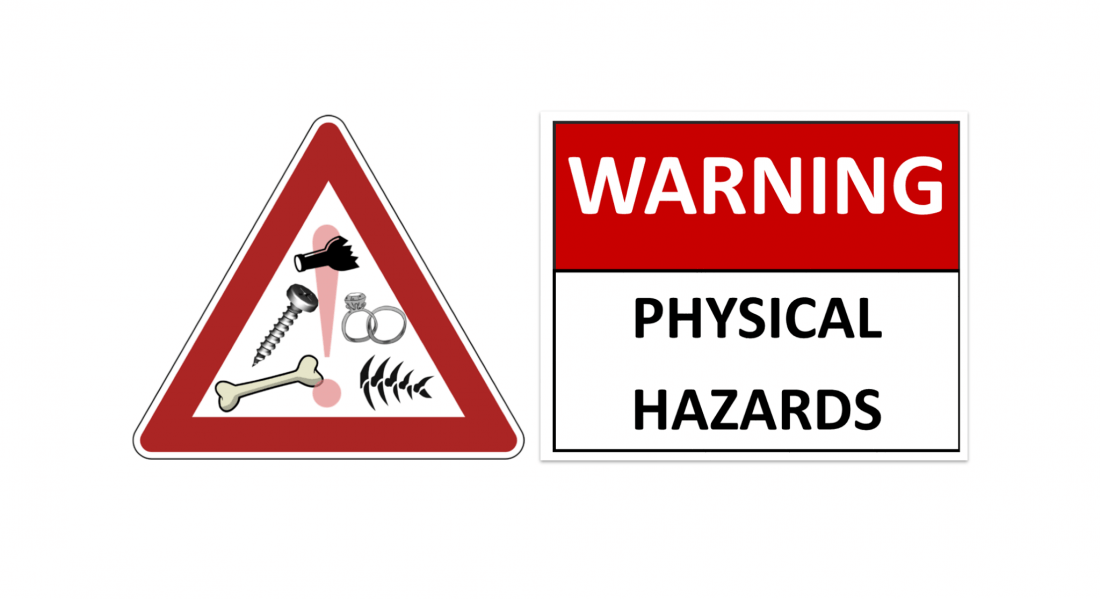 The number of notifications is RASFF is much higher than in the other markets but also are the total notifications. In fact, in percentage from the total notifications foreign bodies have similar values in FDA and RASFF (about 3 to 5 %). In CFIA (Canada) this percentage reached more that 15% in 2017. Several examples can be found from the presence of foreign bodies in food products. In November 2016 for example, a consumer complained about a small piece of rubber in H-E-B brand baby food, which led to the recall of the entire H-E-B Baby Food 2 pack, 4-ounce cups product line. In August 2017, Peter’s Food Service has recalled several baked meat and vegetarian pasty products as they may have contained glass fragments. More recently, in November 2017, the company Trader’s Joe started a recall because of concerns that plastic or glass shards might have been in a few of their packaged salads.

Metal detectors are the most common and widely used method to detect foreign bodies in the food industry, but as the examples above demonstrated they cannot control a large spectrum of non-metal materials. When using this type of equipment, metal objects within a food product produce an unbalance in a balanced radio frequency or magnetic field. This typically generates an electrical signal alarming the equipment operator of the situation (Picture source: Sahabat Metal Detector).

This method can detect very thin metallic objects such as metal rust and aluminum foil. However, certain factors can affect the sensitivity of metal detectors. The type, shape and orientation of metal play a role in the effectiveness of detection. The equipment’s operating frequency also affects the sensitivity. Other factors like position of metal in the aperture, type of product scanned, packaging material and environmental conditions such as vibration are often referred as limitations to appropriate detection. Also, non-metallic contaminants, such as rubber and glass, are not detectable since they do not affect the magnetic field.

Metal detectors are easy to operate, typically have low maintenance costs and are cheaper than other alternatives like X-ray detection. This permits that they can be used almost anywhere in food industry facilities. A metal detector placed at the end of a production line, as the last barrier to guarantee that metal contaminants do not reach the consumer, is an obvious move. Nevertheless, food safety professionals should also consider that if that detector (or a second one) is placed at the beginning of the line it could have extra benefits:

In the case of X-ray detection, the equipment produces an image of the food product that can be analyzed for contamination. Due to their high energy, X-rays can penetrate solid bodies. When going through the inspected product X-rays are more or less attenuated according to the density of matter present. If an object is present with a different density from that of the food product, it will be represented in the image (picture below, on the left and middle). The ability of spotting different densities adds another feature to the equipment – the capacity to identify product defects like missing products in packages (picture below, on the right), products without filling or incorrect shape (Picture source: sesotec.com).

X-ray systems can detect several foreign bodies such as metals, non-ferrous metals, stones, glass, PVC plastic, bones, ceramic, Teflon plastic, sugar or flavor clumps. On the other hand, X-ray machines cannot detect some contaminants such as paper, cardboard, wood, hair, insects, thin glass, low-density plastics and low-density stones. One interesting application is in the seafood industry to detect fish bones. There are available equipments based on this technology that are prepared to detect needles (injected fish products) and calcified bones (according with the manufacturer “commonly achieves a 99% detection rate on calcified bones larger than 0,7 mm, in their smallest dimension, with false positives at or below 3%”).

Ultrasound-based measurement is a promising method to detect foreign bodies because it has the ability to differentiate discontinuities in acoustic impedance between different regions within a given volume. These discontinuities would represent something that differs from its surroundings, such as a foreign body. This technique, although already used widely in the food industry in liquid level detection or suspended solids concentration (among other applications), is still not well known as an option for foreign body detention. Despite of that, for instance, a patent has been conceded in 2004 for an ultrasound transmitter that detects foreign material in heterogeneous process streams, like bones in a slurry of chicken meat. In the case where pulse and echo mode is used for measurements, the transducer transmits impulse ultrasound signals to the food product and the ultrasound velocity is calculated by the echo’s round-trip and time elapsed. Flaws and particles in the food product are detected by examining either the reflected signal amplitude or arrival time due to impedance discontinuity. Several advantages are linked with ultrasound technique, since it has a large applicability, most materials can be detected, and the equipment is low-cost and performs truly nondestructive tests.

This article was written in collaboration with Gabriela Silva

A special thanks to Marta Ferreira for the assistance in the preparation of this article.